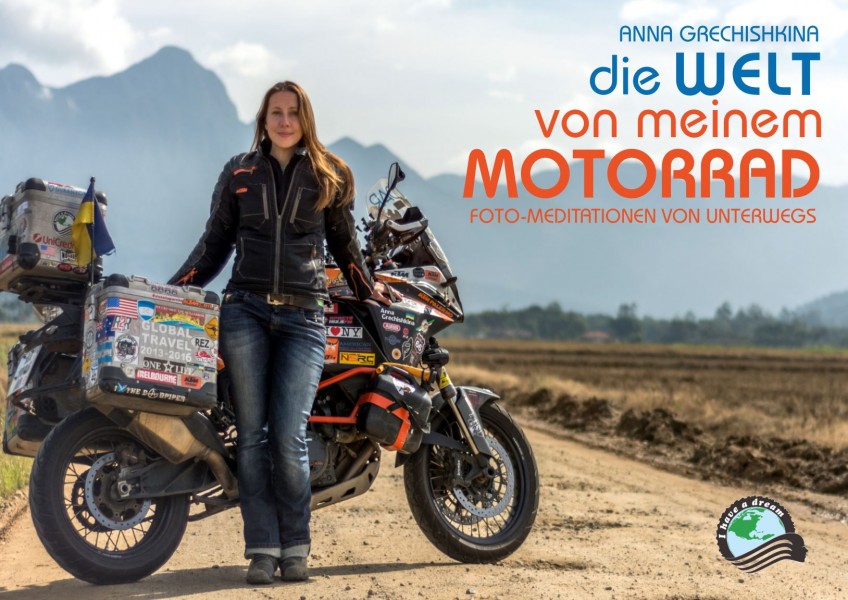 Anna Grechishkina – The world from my bike

Since 2013 Anna Grechishkina is on the road with her KTM around the world. Her book, which was first published in printed form in English in 2017 and quickly sold out, is now finally available as an E-Book.

Anna's solo trip around the globe began in 2013 in the Ukraine and continues until today. Just as extraordinary as the journey is the book.

The subtitle of the book is "Photo Meditations on the Road", which already reveals that this is not a classic travelogue. With 365 selected photographs, quotations and stories, Anna describes her experiences and emotions, an exciting and often unusual view of the world and its people.

In this way, Anna regards her project, which is based on the motto "I have a dream", less as sightseeing and more as a journey to herself.

„The World From My Bike. Meditation On The Road” is Anna Grechishkinas first book made on the road while traveling. Profound and adventurous from an unusual journey - not only for motorcyclists a good recommendation!

Get the E-Book now!